skip to main | skip to sidebar

Villains come and villains go, but their evil deeds last forever. As the 2009 Villainy awards end, we eagerly await next years nominees. The job of villainy is hard one, full of toil and little reward. Insurance doesn’t cover planet destroying lasers, and it can be difficult to get good help to rule the world.

Bare in mind, most of these villains could be brought back in a completely ret-conish way, and many have them have defied repeated flat lining in the past.

The time lord that wouldn’t die. The alien has gone past his original cadre of bodies (13 to be exact) and now rumor has it he’ll be back for the 10th doctors exit. Status: Presumed Dead

The OG of robotic overlords, the bot has had a few different death blows struck against him… yet he keeps on trucking. Maybe people just prefer him over Galvatron? But you gotta love a guy that can turn into a gun. Status: Alive (in the movie)

He whines, he complains, he turns yellow like a school bus, and he’s a traitor to everyone except himself. Why do we like Starscream? Because he’s a true cad, and at least he’s true to himself. Status: Alive (in the movie)

I know I know, T:SCC is just past it’s post mortem, but this show gave us some great characters, none more menacing I think then Cromartie. He just kept coming. I mean he was fried and Decapitated and kept on ticking.
If Skynet made a car 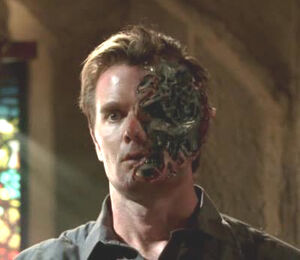 I’d buy it, shortly after it tries to kill me. Status: Dead

We are going to let this run for two weeks.

Thanks for Voting!
Posted by Trooper at 7:34 AM No comments:

The Twitterpocolypse will not be televised...

It was a good little run, this thing we call Twitter, but alas it's run is up. On Thursday millions of panicked celebrities,unbusy people, and the rest of us normal people woke up to a world without Twitter. The universe however did not end, and we all realized that maybe, just maybe our world was a little too focused on celebrity. This moment is a precious one, for it is the first moment in the last year that everyone was feverishly checking out the latest Tweet. It's a return to a time before life was cluttered with random 140 word clips about our favorite celebs... a time when knowledge was precious, and not readily shared... a time when magic reigned the-

Wait a minute... whats this? Is that a tweet from Captain Tightpants? Please Nathan tell us how great season 2 of Castle will be!!

Oh thats right. Twitter is an awesome toy destined to one day rule the internet toy box. Inevitably people will tire of the new 'shiny' and it will become the old 'shiny' (see 'Myspace.com, Compuserve.com, and ColorchangingtshirtsMChammerpa
nts.com) For now lets just all revel in a moment without the constant streaming updates, and enjoy a hacker funded moment of silence. I for one will welcome the familiar wave of sarcastic comments about it's downtime, and bade farewell to the Fail Whale.
Posted by Trooper at 11:52 AM No comments:

Leave Voicemail for this Blog or The Geek Squared Podcast